The long-rumoured clash between the Kiwis and Tonga has been confirmed by New Zealand Rugby League [NZRL] with the two sides set to face off in June.

The NZRL announced on Thursday the Kiwis and Kiwi Ferns will play a doubleheader against Tonga at Mt Smart Stadium on Saturday June 25 after more than two years without Test level rugby league.

“What a great feeling to finally have our Ferns and Kiwis back on the park, and even better at home,” NZRL CEO Greg Peters said.

“To celebrate Matariki weekend with an international Test double header that unites our fans and communities in celebration is special.” 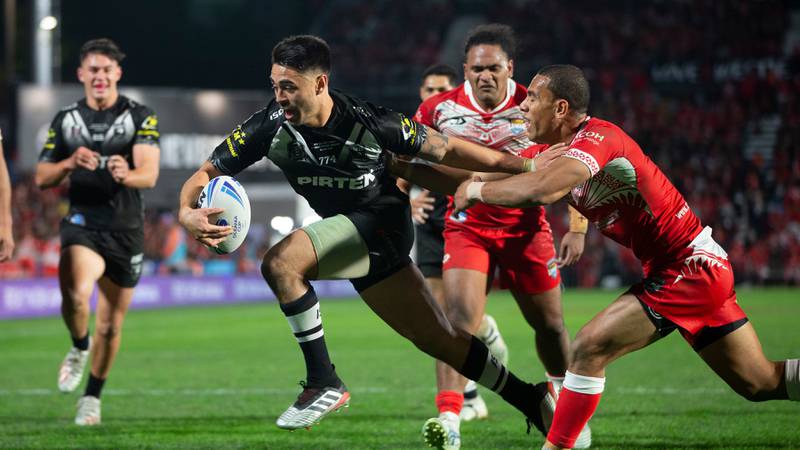 The two male sides last played each other in 2019 prior to the Covid-19 pandemic with the Kiwis coming out on top 34-14 but it has been 14 years since the Kiwi Ferns last played Hakula Tonga.

“We are excited about the opportunity to represent the proud nation of Tonga for the first time since the successful campaign against Australia and Great Britain back in 2019,” Woolf said.

“This opportunity has been a long time coming, so we can’t wait to face the Kiwis again. This will be an important match for us as we look to reunite the team and also give some of our young players a chance to represent their country ahead of the World Cup.”

Organisers hope the women’s Test match will achieve a world record in crowd attendance for a women’s rugby league game, which currently sits at 18,000.

The event will be matched by games in Australia as well with Samoa playing the Cook Islands and Papua New Guinea facing Fiji in Campbelltown.

“We have been working with the NRL for some time now to produce an international weekend on both sides of the Tasman during the Origin window,” Peters said.

No comments to show.
Go to mobile version